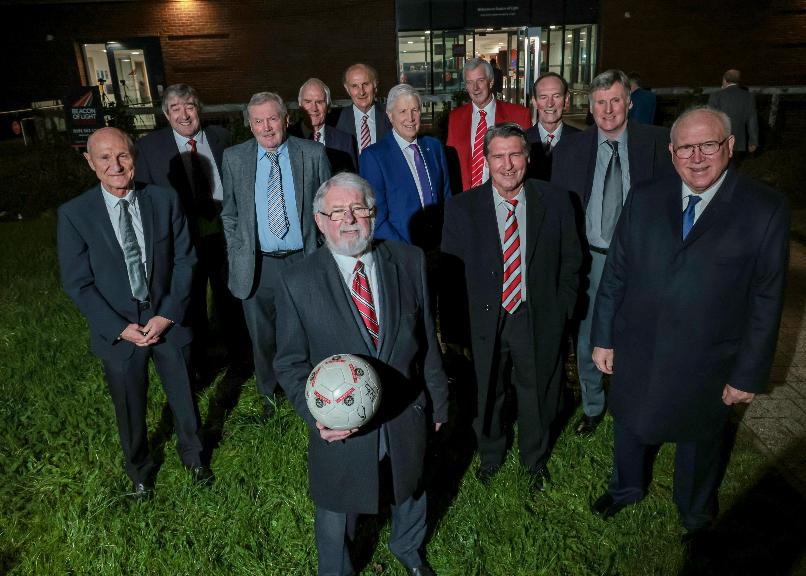 Freedoms are traditionally given by Sunderland City Council to citizens who make 'significant contributions to the wellbeing and community spirit of Sunderland.'

Squad members were awarded their freedoms at a socially distanced special meeting of the council held at the Beacon of Light. (Thursday 13 January).

Leader of Sunderland City Council, Councillor Graeme Miller said: "The esteem in which these gentlemen are held, and have been held for almost 50 years, is unparalleled in this devoted, football-loving city.

"I am delighted we are finally able to to celebrate their achievements, and formally recognise how very much they mean to the city of Sunderland and its people."

Sunderland AFC were victorious in the Football Association Challenge Cup Final, also known as the FA Cup Final, on 5 May 1973. The Division Two side faced Division One's Leeds United, who were the current FA Cup holders as well as playing in their third final in four seasons.

Sunderland won 1-0 and became the first Division Two side to lift the Cup since West Bromwich Albion in 1931.

Cllr Miller said: "So although 49 years have passed since that glorious trophy was lifted, I understand completely how the pride, passion and joyous memory of that magnificent day and incredible achievement, have not dimmed one bit - either for the supporters and indeed the vast majority of Sunderland people, or the squad members themselves.

"The proof is in the groundswell of public support when Council made the decision to confer the honour at our meeting in November 2020, and the arrangements the players have readily made, including international travel for some, to be here this evening.

"And that, in turn, signifies the wider and enduring significance of the cup win and what it took to achieve it, in terms of the example set and the inspiration it's created for several generations now, and, I have no doubt, for many generations to come, whatever the fortunes of the current and future teams.

"I hardly need advise that winning a coveted football cup - or indeed any trophy sporting or otherwise - doesn't just happen by chance, and it's rarely down to one person or even just a few.

"In the case of the 1973 FA Cup, it was the result of a season-long campaign, and years and years of focus, dedication, hard work, passion for the game, commitment and gratitude to the supporters - by those on the pitch and supported by many more behind the scenes - that made it possible.

"And so in much deserved recognition, on 21 January 1974, the whole football club was awarded the honorary freedom of the borough, as it then was, alongside an individual award to the legendary manager who led the campaign, Bob Stokoe.

"But increasingly, in the years since, I think we have very much come to see and understand in society, that whilst every great sportsperson and team has a bigger team behind them, it's what happens in that moment on the pitch, the court, the track, wherever - through the sheer grit, courage, endurance, devotion and sacrifice it takes to earn a place there - that ultimately creates the magic.

"So here we are, not before time, honouring the true city heroes of the 1973 cup winning squad as individuals this evening, having awarded the honorary freedom of the city to Jimmy Montgomery in 2016, in recognition of his contribution to Sunderland and the esteem in which he is held.

"And now, similarly, these awards recognise the achievements and significant contribution to the city, of these other wonderful and inspirational gentlemen."