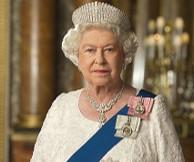 Councillor Alison Smith, the Mayor of Sunderland, said: "I was deeply saddened to hear the news of Her Majesty The Queen's death.

"Her Majesty The Queen was a truly inspirational figure who was not only greatly loved and admired in this country but by millions of people around the world. I know that many people will want to pay their own personal tributes to someone who meant so much to so many.

"Sunderland has been privileged to welcome Her Majesty The Queen here on a number of occasions during her reign, most recently in 2012 when Her Majesty and His Royal Highness The Duke of Edinburgh visited the city during her Diamond Jubilee tour of the country and people turned out in their thousands to greet her.

"I know I speak for the people of this city when I say that she will be sadly missed and that our thoughts are with the rest of the Royal Family and all who knew and loved her at this very sad time."

Her Majesty The Queen became the longest reigning monarch in British History in February and celebrated her Platinum Jubilee in June this year.

Her Majesty The Queen and His Royal Highness The Duke of Edinburgh visited Sunderland a number of times during her 70 year reign.

Previous visits to the city include: