PEOPLE in Sunderland are reminded that they have until 5pm on Tuesday 20 September to pay tribute to Her Majesty The Queen by signing books of condolence around the city. 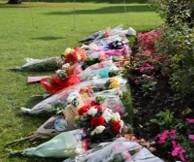 Books of condolence were opened at City Hall, Sunderland Museum and Winter Gardens, Washington Town Centre Library, The Hetton Centre and Houghton Library and Sunderland Minster to give residents an opportunity to pay their respects.

The books remain open for people to sign during each venue's standard hours until 5pm on Tuesday when they will be closed and taken away to be archived.

Around 180 people have already signed the book of condolence at City Hall.

The Mayor of Sunderland, Councillor Alison Smith led the city's tributes to her Majesty The Queen by signing the first book of condolence at City Hall, she said: "Her Majesty touched the lives of so many people across the world and here in Sunderland. Her death is a tremendous loss, and she will be very much missed by so many people.

"I know lots of people have wanted to pay their own personal tributes to Her Majesty The Queen and we have seen lots of Sunderland residents leave messages in the books across the city."

Flowers may also be left at the bandstand at Mowbray Park in Sunderland city centre until 5pm on Tuesday. After the period of national mourning is over the flowers will be composted at Barley Mow nursery. Cards left with flowers will also be archived.

Flags flying at half-mast at City Hall and the Port of Sunderland will also be raised back to full mast to mark the end of the official mourning period.