Service personnel and veterans from across the city joined the Mayor of Sunderland, Councillor Alison Smith, when the city paid its respects at the annual Remembrance Parade and Service at the War Memorial in Burdon Road this morning. 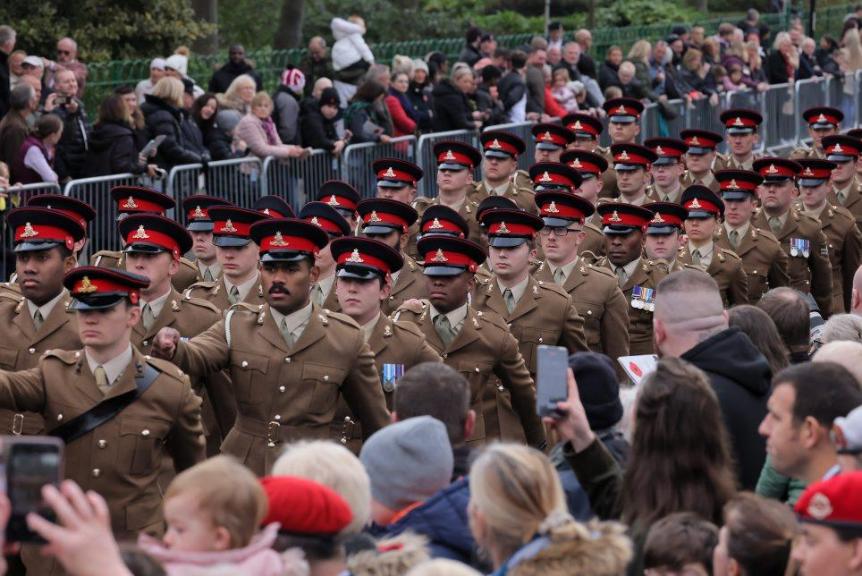 The parade was led by The Royal Signals Northern Band and the Bearpark and Esh Colliery Band.

The 4th Regiment Royal Artillery, Household Mounted Cavalry and 8 Rifles were among the regiments taking part. As in previous years,  two field guns were fired by 4th Regiment from the terrace in Mowbray Park to signal the start of the two-minute silence at 11 am.

This was followed by the annual wreath laying around the war memorial and on the memorial wall. The wall was built with funds raised by the charity Brothers in Arms to provide a permanent tribute to those who have lost their lives in active service since the end of World War Two.

The parade ended with a march past of veterans and serving members of Her Majesty's Forces, with the salute taken by Vice Lord-Lieutenant Gavin Black, Esq, CBE, DL, JP; Lt Col ME Brocklesby RA. and the Mayor of Sunderland, Cllr Alison Smith.

The Mayor of Sunderland, Councillor Alison Smith, said: "Remembrance Sunday has always been an important opportunity for the whole city to come together to pay tribute to all those who fought in conflicts past and present and those who gave up their lives for their country.

"I'm really pleased that we've all been able to come together in person to pay tribute to all those involved in past conflicts, as well as honouring the servicemen and women of today and letting them know how much we value what they do and appreciate the sacrifices they make on our behalf.